Our mission is to get more low-income and first generation students into the middle class — the American Dream.

We believe the best way we can help is by helping colleges make better decisions with the data that they have. The decisions that our colleges make affect millions of students across the country.

At ZogoTech we believe very strongly in the American Dream, the idea that no matter what your family background, every person has the opportunity to move up through hard work and education.  Many of us at ZogoTech are beneficiaries of the American Dream — immigrants from other countries and / or from working poor households here in the US who succeeded in reaching the middle class.

However there are major cracks in the American Dream:  first, the Dream has never been equally accessible to everyone in America and second, the percent of those who have successfully achieved it has been declining rapidly.

In the graph below from Harvard economist Raj Chetty et al, we can see that for those people born in the 1940s the American Dream was alive and well.  They were virtually guaranteed to do better than their parents (90%).  Now, barely half of 30 year olds earn more than their parents (WSJ, NYTimes) and a majority of men are earning less than their fathers.   As families slip from the middle class into poverty, “deaths of despair” increase — a “distinctly American phenomenon” (NBC). 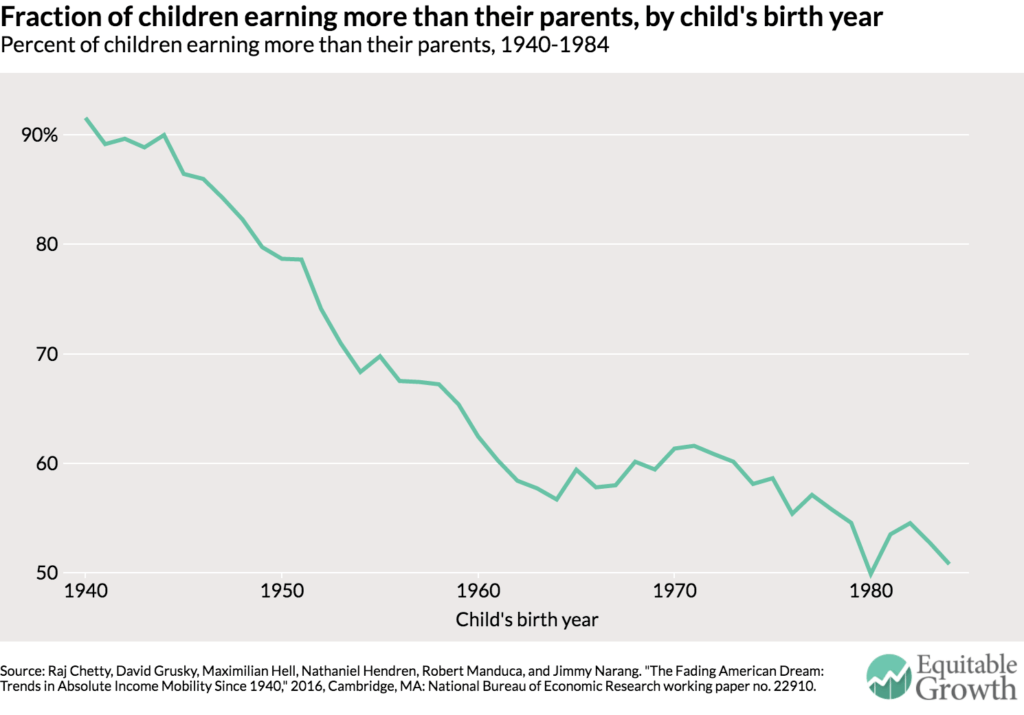 How do we restore the American Dream?   These problems are complex, but the data show that education is “one of the most scalable pathways for economic mobility” (Chetty).   According to one study “if the increase in the number of college graduates since 1980 had kept pace with rates prior to 1980, wage inequality in America would have fallen in the past thirty years, not increased” (Forbes)

If we want to help rebuild the middle class and restore the American Dream we must get more people into affordable post-secondary education (access).  We must then make sure students advance academically (learning / graduation / transfer) and get them on a path to jobs with family sustaining wages (income).   If we are going to do this at scale, we must reach more first generation and low-income students, which is why we at ZogoTech focus our work on community colleges and other broad-access institutions.

We believe through the intelligent use of data colleges can make big strides.  We can leverage the same technology that Netflix, Facebook, Google use, but instead of using it to get you to watch more TV, we are using technology to address a big social problem.  We believe we can help because we’ve done it before.  Our colleges have used data to double graduation rates and eliminate equity gaps and achieve some of the highest economic mobility rates in the country.

The answers are in the data.  We just need to uncover them, get them the hands of those who will take action, and scale them.

Next: Can Analytics Save Higher Education?

Rebuilding the American middle class is a heavy lift.  To make a difference in more students’ lives we need to partner with mission-driven colleges.  If you’re interested let’s talk.