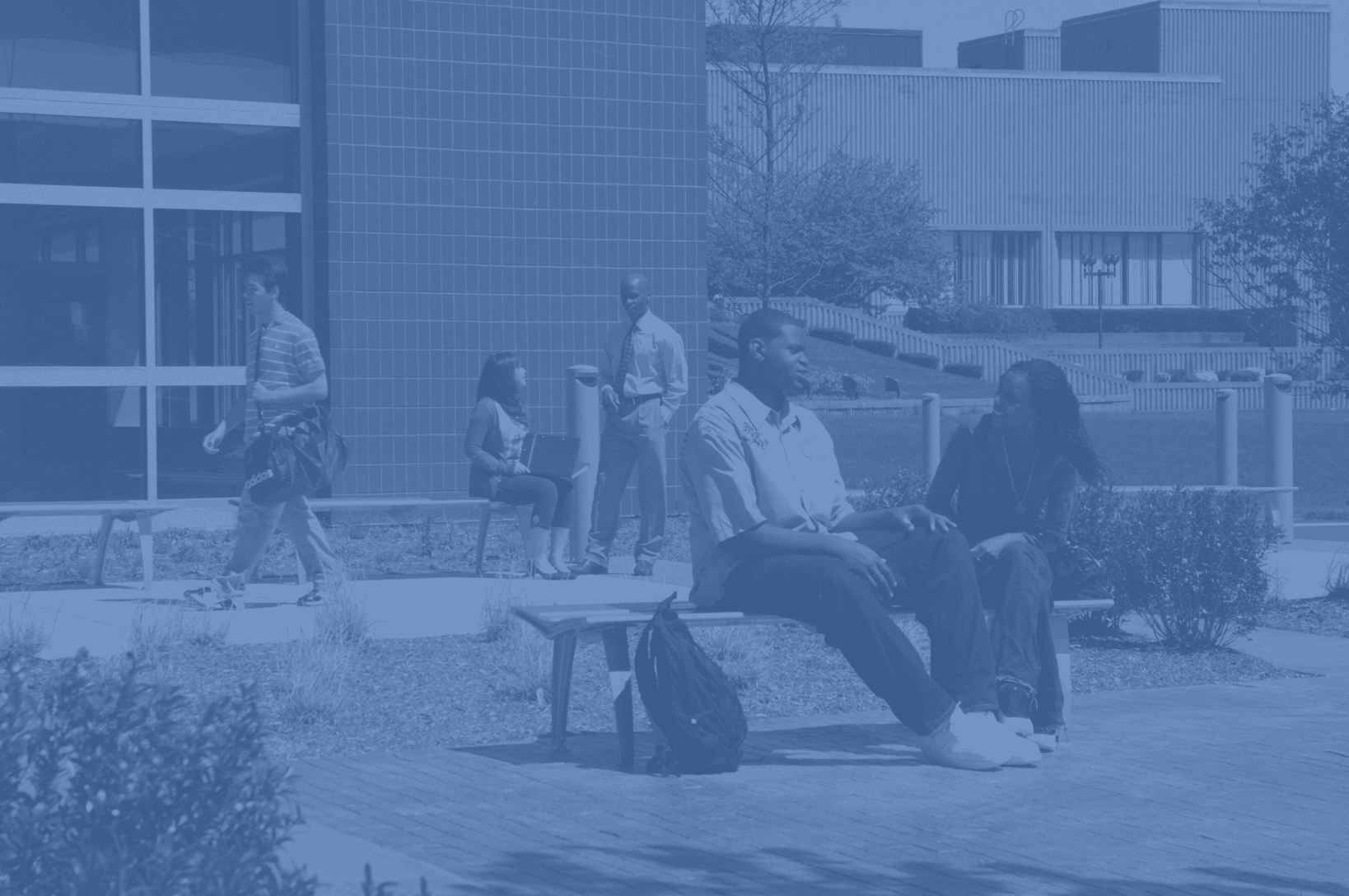 “With ZogoTech, I am creating my own data: getting the specific information I need to do my job well. It’s very user-friendly, very logical and useful; it’s opened so many possibilities.”

Nationally, about half of students who enroll in two-year colleges drop out before their second year. Recently, community-colleges, along with leadership at the state and federal level, have acknowledged that such trends must be reversed. As the largest community college in Massachusetts, serving more than 13,600 students and spanning a 42-acre flagship campus in addition to four satellite campuses in the greater Boston area, Bunker Hill Community College is among the institutions paving the way to improve educational outcomes.

“Before ZogoTech, I was often frustrated that when working on a grant proposal or preparing materials for a presentation, I would have to ask somebody to prepare the reports for me,” says Bogusia Wojciechowska, PhD, Dean of Professional Studies. “That process could take a few days; it could take a few weeks. But sometimes you don’t have that time. I wanted the capacity to create reports for myself.” Wojciechowsaka and others needed more immediate access to data to enable flexible and effective decision making.

Retrieving data that met the specific needs of each department was also an obstacle.  “It could take days to get simple analyses done,” says David Leavitt, JD, Director of Institutional Research. “You would have to send in your data request, someone would have to write the programming to pull the data, and ultimately you’re given a raw file that may or may not be what you were looking for. Then, you have to clean up the raw file. Then, at last, you can do your analysis..” BHCC needed accurate and comprehensive data that was immediately accessible.

The longitudinal data analysis provided by ZogoTech has empowered Leavitt, Wojciechowska, and others to slice data to identify trends based on numerous variables. “This has saved me a huge amount of time and it means that I’m more effective at what I’m doing. I focus on enrollment trends, so to be able to go in and filter results by major has been very useful. I can then go in and look at those numbers for a period of time. It has been invaluable to be able to get that information immediately,” says Wojciechowska.

Leavitt selected ZogoTech “because of the user friendliness. You don’t need to know any code. The drag-and-drop system was easy for us to use right away; there was nothing new to learn.”

ZogoTech automates data gathering and cleansing by notifying users of data discrepancies. Information is downloaded, and then joined with other data sources such as the National Student Clearinghouse. The resulting metrics can be viewed in SAS, SPSS, or Excel.

Users at BHCC are now able to create and run their own ad-hoc queries and reports in a secure, central location — all designed from the ground up for the purposes of higher education and customized for BHCC.

With ZogoTech, institutional researchers have uncovered numerous opportunities. “We were on the road to becoming more data-driven,” says Leavitt. “The purchase of ZogoTech coincided with Achieving the Dream; the two go hand-in-hand. It wouldn’t have been possible to create a culture of evidence without ZogoTech.”

“With ZogoTech, I am creating my own data, getting the specific information I need to do my job well. It’s very user-friendly, very logical and useful,”  Wojciechowska continues, “It’s opened so many possibilities. We’re in the process of hiring a lot of new faculty across the college. To be able to justify why we might need a new faculty member in a certain field, I’ve been able to go in and create a report on enrollment in all the majors. That’s been very valuable because without the data I never would have been able to get these positions approved.”

Bill Sakamoto, Associate Vice President of Academic Affairs and Enrollment Services, has also used ZogoTech to gather information at a faster pace. “The biggest change has been that end users can now get sophisticated extractions from the system and generate reports instantaneously,” he explains. “For the distance learning program, I’m able to get up-to-date enrollment figures as soon as I need them. I can go straight to the reporting and planning without having to rely on the Institutional Effectiveness department at all.”

Selected as one of the 40 test sites for the Voluntary Framework for Accountability, an initiative of the American Association of Community Colleges, BHCC is now working to establish national guidelines to improve student learning outcomes. “If we hadn’t had the data capabilities that ZogoTech provided to us, we would not have been able to participate in the VFA,” says Leavitt. “We were asked to track incoming students, with the goal of coming up with better measures of student success. We had to track them at the two and six year points, then examine sub-cohorts of the initial cohort. If I didn’t have ZogoTech, I don’t know how I could have even gone through the process of selecting a cohort. Now, it’s very simple. All I had to do was pull a report, uncheck a few boxes and select a few filters. I then put it into SPSS to make sure that I had all the information I needed. If it hadn’t been the correct data, it would have been easy to re-run the report with different requirements. But to do that all manually? I would have pulled my hair out.”

Learn more about what ZogoTech can do for your Institutional Research and Student Services departments, and contact us to set up a demo. 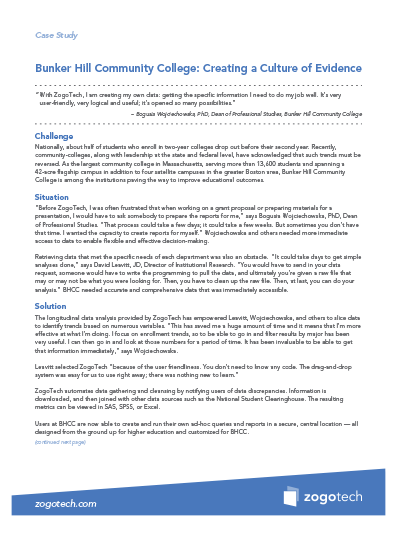