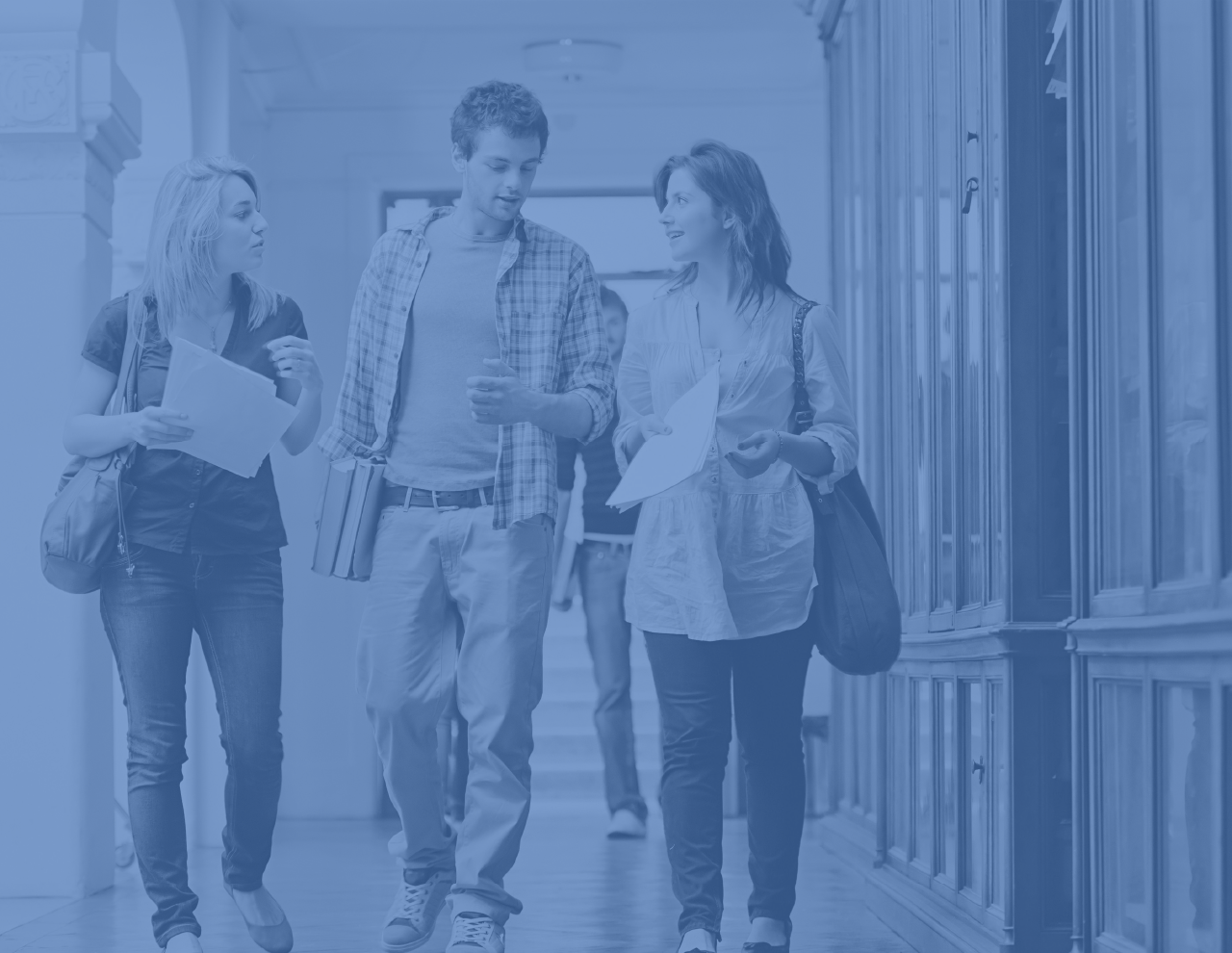 “We don’t have a large staff to do research on how we’re performing, but our college has the capacity to get that data because of ZogoTech.”

In 2006, Southwest Texas Junior College was given a warning status from accrediting agency, SACS. As part of Achieving the Dream’s first cohort, the college was determined to reverse their numbers and began to ask pertinent questions about performance. With ZogoTech solutions in hand, they got answers along with actionable insights that lead to success. Why were some students taking so long to graduate? Data from ZogoTech showed college leaders that for many students, a gap between completing the last developmental classes and beginning their first college level course was causing a significant delay.

Of the developmental classes, College Level Math was the strongest predictor of graduation. In fact, five terms after completing that course, 35% of students had graduated. SWTJC took action and created learning communities for high performing students who had barely missed testing out of remediation. ZogoTech provided fine-grained data so the college could identify those students and create a program tailored to their success. The result? The data showed that the students in the learning community completed College Level Math significantly sooner than those who were not, setting these students on the fast track to graduation.

Tackling the problem of student success, particularly in developmental education, required other interventions as well. As a Title V grant recipient, SWTJC was concerned with many facets of this challenge. They created Student Success Centers designed to more comprehensively advise students and guide them through developmental education. “In the third year of the grant, those success numbers weren’t moving as much as we projected… ZogoTech allowed us to be more refined in looking at cohorts of students, explains Blaine Bennett, Dean of Institutional Advancement and Technology. “So, I began looking at retention: how many of those students who we were working with in those student success centers were coming back to us from fall to spring, and more importantly, from that spring to the following fall. Our retention rate is anywhere from 40-60%. I started looking at the students who had two or more contacts in the Student Success Centers and found that their retention rates had increased by 15-22%.”

The data showed SWTJC that “the investment and time in that effort benefits our institution, our students, and everybody else,” says Bennett. “ZogoTech was pivotal in helping us discover that.”

In 2011, five years after the initial status warning issued by SACS, SWTJC was named one of the top ten community colleges by the Aspen Institute. “We are a small, rural college and we are in the company the largest institutions of higher education in the country,” says Bennett. “Using data and working with ZogoTech helped us level that playing field. We don’t have a large staff to do research on how we’re performing, but our college has the capacity to get that data because of ZogoTech.”

As a data-driven institution, SWTJC is now able to meet the expectations of grant programs and improvement initiatives, and is an institution that’s setting the standard of excellence for community colleges across the nation.

Note: based on a study on economic mobility by Raj Chetty, SWTJC is tied for the highest “Overall mobility index” of all two-year colleges in the country. 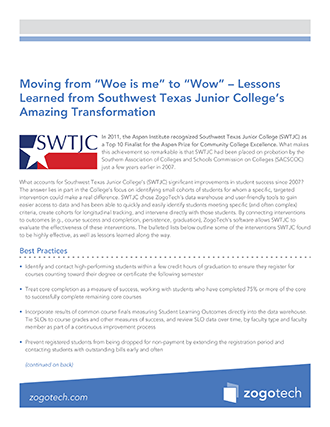